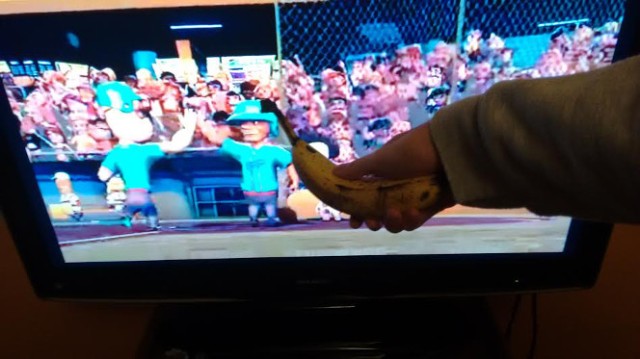 The players celebrate their victory as a giant, idiot hand tries to pass the trophy into the television.

Was the Sirloins’ Super Mega Baseball championship win the feat of the sporting world in 2015? Yes. Were Manny Kays and Hammer Longbollo the athletes of the year? Yes. Does it matter that this team and these players are fictional? No, of course not. Serena Williams hasn’t existed for 6 years and nobody seems to mind when people give her awards.