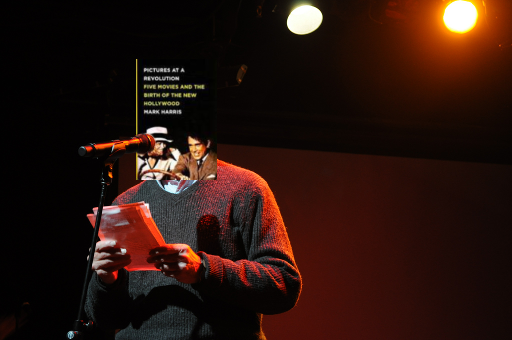 (Pictures at a Revolution brought the audience to its feet during its acceptance speech when, after months of speculation, it publicly came out of the closet.)

Bronze Benana – The World Without Us

Some people say that books as an artform died with the advent of movies. These people have clearly never read books about movies. Pictures at a Revolution is almost as fun as seeing the 5 movies that serve as its subject matter, and you can probably read the book a bit faster than you can watch all 5 of them. Dead artform indeed.

The rest of the top 10:
4. The Righteous Mind
5. Anne Frank’s Diary of a Young Girl
6. Tenth of December
7. The Unwinding
8. The Rosie Project
9. Difficult Men
10. Killing Yourself to Live

Attribution – Image used and modified under Creative Commons License. Original can be found at http://www.flickr.com/photos/thousandrobots/5371974016/